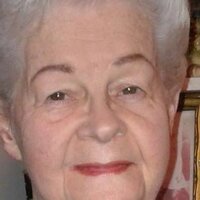 Mary A. Race, 90, of Taberg, passed away on Sunday, May 8, 2022 at home. She was born in Landisburg, WV, on August 18, 1931. She was married to the late Bernard “Mike” Race who passed away in 1993. Mary worked for New York State for many years and retired from the Marcy Psychiatric Center. She is survived by three daughters, Alma Hernandez (Julio), Sheila Anderson (Wayne) and Karen Augustine; a son, Frank Shuck (Angela); two sisters, Rose Jones and Patricia LeBrec; a brother, Kenny Campbell; and several grandchildren, great-grandchildren, nieces and nephews. She was predeceased by a son, Dallas Shuck; and several brothers and sisters. Graveside services will be held on Friday, May 13th at 10:30 a.m. at Evergreen Cemetery. Family and friends are invited to call at Nunn and Harper Funeral Home, Inc., 418 N. George St., Rome, on Thursday, May 12th from 4-6:00 p.m.