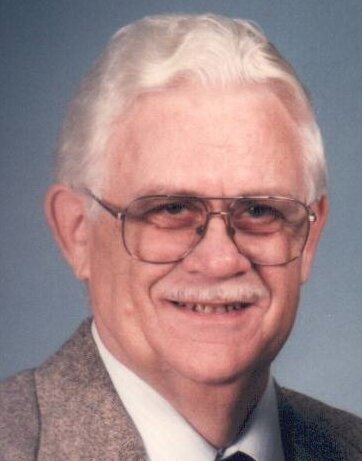 Please share a memory of Ronald to include in a keepsake book for family and friends.
View Tribute Book
Ronald G. Young, 90, of Rome, passed away Wednesday, January 12, 2022 at Bethany Gardens. He was born in Rome on October 23, 1931, a son of the late Guy and Leona (Wiser) Young. He was a graduate of Verona High School and Utica College and on April 23, 1953, he married the love of his life, Elizabeth Von Matt. She passed away on August 31, 1999. Ron served his country in the United States Army from 1952-54 during the Korean War and was a member and Past Commander and Treasurer of the Lee Legion Post 1794. He was an engineer for Pettibone, Revere Copper and Brass Co. and Rome Cable during his working career. Ron was a member of the First Baptist Church, Lee Seniors and served on the board at Evergreen Cemetery for many years. He owned and raced car #80 Old Yellow at Utica-Rome Speedway for many years. He was also an accomplished woodworker, enjoyed fishing and loved the New York Giants and Yankees. He is survived by two daughters, Diane Cahill (John Bolton) and Jackie Douglass (Jim); two sons, David Young (Kim Bravo) and Allen Young; two brothers, Roger Young (Barbara) and Donald Young (Connie); eight grandchildren, Amber Van Scooter (Bryan), Danielle Cahill, David Young (Kim), Dustin Young (Erika), Carley Young (Jordan Huff), Andrea Kellner, Timothy Allegrucci and Connor Douglass; ten great-grandchildren and several nieces and nephews. He was predeceased by a son, Daniel Young; and a sister, Nancy Young. Ron’s family would like to thank the wonderful staff at Bethany Gardens, especially Cliff on the 5th floor and nurse Natalie, for all the care and compassion shown him and his family during his time there. Funeral services will be held on Saturday, January 22nd at 4:00 p.m. at Nunn and Harper Funeral Home, Inc., 418 N. George St., Rome. Interment in Evergreen Cemetery will take place in the spring. Family and friends are invited to call at the funeral home on Saturday prior to the service from 2-4:00 p.m. In lieu of flowers, please consider a donation in Ron’s memory to the First Baptist Church Building Bell Tower Fund, 301 W. Embargo St., Rome NY 13440.
Print
Saturday
22
January