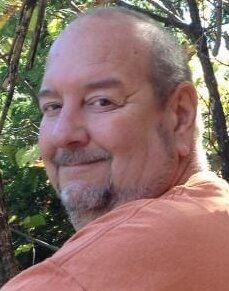 Please share a memory of Pete to include in a keepsake book for family and friends.
View Tribute Book
Pete C. Peterson, 64, of Durhamville, NY passed away unexpectedly on February 14, 2022. Born in Rome, NY on March 29, 1957, he was the second son of Edna M. Peterson (ne: Cordell) and Angelo W. Peterson. Pete graduated from Rome Free Academy in 1975. He retired in 2017 after 36 dedicated years at Mohawk Valley Community College. He was an avid hunter and looked forward to the season every year. He enjoyed working in his garage and restoring his 1972 Chevy Nova. Pete was an excellent craftsman and excelled in woodworking, building, and construction. Pete enjoyed spending time with his grandchildren, and his daughters adored him. Pete's daughters and grandchildren were the source of joy in his life. People who were lucky enough to know Pete will remember him for his generosity, kindness, and humor. His absence will be felt by all. He is survived by his four daughters, Valerie Frederick, Mitzi Homan (Jason), Renee Gordon, and Julie Wilson (John); and ten grandchildren, Sierra Frederick, Maddax Hewitt, Rylann Hewitt, Alexander Trotman, Broderick Trotman, Jack Homan, Jerome Gordon, Jace Wilson, Jovie Wilson, and Jax Wilson. He was predeceased by his brother James W. Peterson. Services will be held on Monday, 27th, at Nunn and Harper Funeral Home, Inc., 418 N. George St., Rome. More details to follow.
Monday
27
June

Look inside to read what others have shared
Family and friends are coming together online to create a special keepsake. Every memory left on the online obituary will be automatically included in this book.
View Tribute Book
Share Your Memory of
Pete
Upload Your Memory View All Memories
Be the first to upload a memory!
Share A Memory
Send Flowers
Plant a Tree