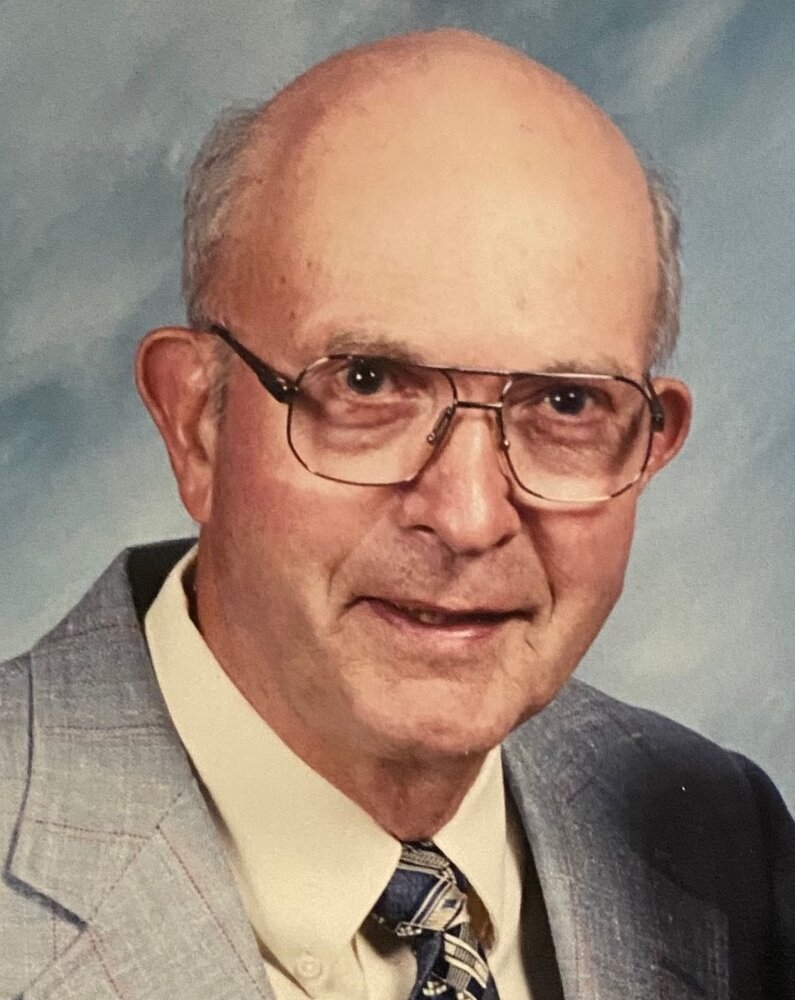 Obituary of John B. Olney

Please share a memory of John to include in a keepsake book for family and friends.
View Tribute Book
John Brayton Olney (Jack) of Westernville, age 93, passed away on February 21, 2022 surrounded by his family and friends. He was born on Oct. 26, 1928 in Rome, NY, son of George J. and Katharine Floyd. Olney. He was proud to be a direct descendent of General William Floyd, a signer of the Declaration of Independence which led to a lifelong passion researching the genealogy of his family. Jack graduated from Rome Free Academy class of 1946 and Cornell University in 1951 with a B.S. in Agriculture. While at Cornell he was a member of the Alpha Chi Rho fraternity. He was drafted into the Army and received an honorable discharge in 1953. Following college, he worked in the family business canning vegetables at the Olney and Floyd Canning factory. In the winter months he worked in the company his father founded, G.J. Olney, Inc., manufacturing food processing machinery. He traveled throughout this country and abroad selling the machinery built in Westernville. After his father's death in 1974 he ran the company with his two brothers until his retirement in 1999. In 1954, Jack planted some spruce trees in a field next to his house and for nearly 60 years he has been greeting hundreds of families as they trekked across his property looking for the perfect Christmas tree at Olney's Tree Farm. The 1946 RFA De-O-Wain-Sta has a caption under his senior picture which reads "John has a girl whose name everyone knows, could it be Ann?" Ann is Lillian Ann Smith, a farmer’s daughter who lived just up the street. On Feb. 10, 1951, Jack married the love of his life, Lillian Ann Smith. Jack and Ann recently celebrated their 71st wedding anniversary. Jack was a member of the Westernville Presbyterian Church and served as Trustee for many years. He was a charter member and past Chief of the Vol. Fire Co. of Western and also served on the Board of Directors. He also was a member of the Rome Elks Lodge #96, Baron Steuben Lodge #264, Ft. Stanwix Hose Co. No 2 and was a member of the Descendants of the Signers of the Declaration of Independence. He was a Director of the Bear Brook Club in Piercefield, NY. Jack loved the outdoors, whether it be fishing, hunting, camping, snowmobiling or tending his garden and Christmas trees. He regularly traveled to Quebec fishing at the Dumoine Club and snowmobiling in St. Zenon. He could often be found at his hunting camp in the Adirondacks with his family and friend Joe Siegel. He was an avid canoeist, who got all his sons involved in marathon canoe racing. Among the many races he did, he was proudest of finishing the 70-mile General Clinton and the 90-mile Adirondack Classic. He is survived by his wife of 71 years Lillian Ann Olney, sons and daughters-in-law David and Ellen Olney, Mark and Jeannine Olney, Paul and Christine Olney and daughter and son-in-law Susan and Phil Haggart. Grandchildren and their spouses Josh & Jillian Olney, Andrea & Triana DeJesus Olney, Austin & Mandy Facchin Olney, Patricia & Michael Kapps, Tabitha Haggart, Timothy & Melissa Haggart, Dustin & Lisa Haggart, Amanda & Andrew Johnston and JoAnn Olney. Jack also is survived by 19 great-grandchildren and his brothers George Olney and Floyd Olney. He was predeceased by his parents and sisters Eleanor Hladun and Katharine Sterling. The family would like to thank Dr. Brian Alessi, Dr. Michael Fries, Roberta Shapiro and Larry Palinski for their help and compassion in Jack's final days. Calling hours will be held Thursday, February 24, 2022 at the Westernville Presbyterian Church from 2-4 pm with funeral services to follow at 4 pm. In lieu of flowers please consider a donation to the Westernville Presbyterian Church, PO Box 190, Westernville, NY or the Western Town Library, PO Box 247, Westernville, NY 13486. Arrangements have been entrusted to Nunn and Harper Funeral Home, Inc., 418 N. George St., Rome.
Print
Thursday
24
February