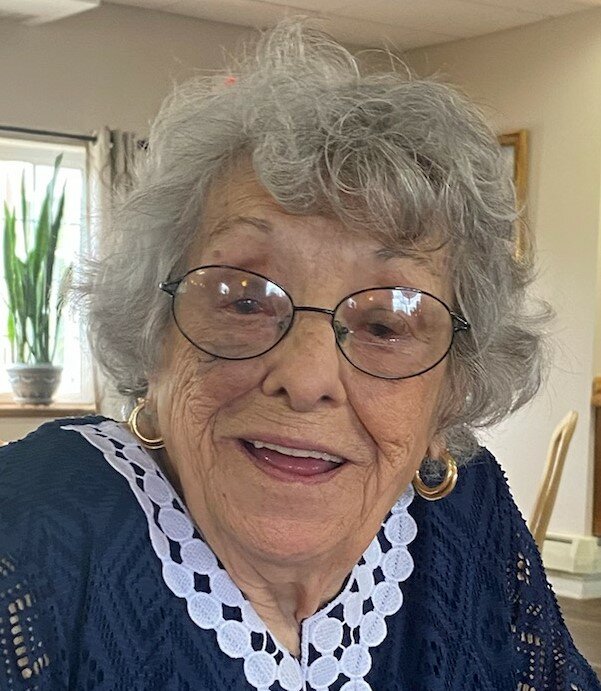 Please share a memory of Teresa to include in a keepsake book for family and friends.
View Tribute Book

Teresa Rinaldi Frumento, of Rome, passed away on Tuesday, June 28, 2022, at Rome Health. She was just a month short of her 99th birthday. Born in Linguaglossa, Sicily, on July 30, 1923, she was a daughter of the late Giuseppe and Annunziata (Ferrara) Rinaldi. On January 30, 1952, she was united in marriage to Salvador Frumento. She and her husband settled in Rome in 1956, having migrated from post-World War Italy first to Sydney Australia before arriving here. Salvador passed away December 26, 1989.

Teresa was a member of St. John the Baptist Church. She loved to sew, and for many years acted as private seamstress and dressmaker for her family and friends. In her later years, after raising her children and seeing them leave home, Teresa’s friend Ava Dorfman urged her to join the newly formed Ava Dorfman Senior Citizens Center. As a member for over 30 years, Teresa made many friends there, honed her pottery & thread art skills, danced as a member of the Happy Hoofers Dance Troupe, and volunteered at the Center’s Boutique Shop. The Center named her a Volunteer of the Year for her service.

But most of all, Teresa enjoyed being with her family and friends. She enjoyed cooking feasts, tending to her garden, and caring for her many houseplants. She loved to see her children, grandchildren, nephews, nieces, grandnephews and grandnieces grow, and lived to see most of them into adulthood.

Teresa is survived by a daughter and son-in-law, Rita Frumento Damari and David Damari of Columbus, Ohio; a son and daughter-in-law, Aegis Frumento and Jane Vagnoni of Cold Spring, New York; a sister, Clotilde Cavallaro of Rome; five grandchildren, Christopher, Matthew and Rebecca Frumento and Allegra and Armand Damari; and a dozen nieces and nephews. In addition to her husband, she was predeceased by her sister, Rosetta Barbagallo, her brother, Antonino Rinaldi, and her brother-in-law, Frank Cavallaro.