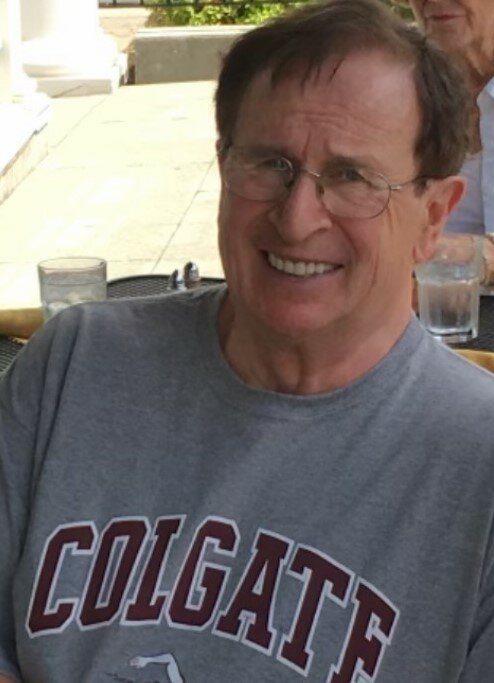 Please share a memory of Michael to include in a keepsake book for family and friends.
View Tribute Book

He was born on July 7, 1945, in San Antonio, TX, the son of Lambert and Catherine (Narrow) Kunkel.  Mike had three brothers and three sisters.

He was a 1963 graduate of Rome Free Academy where he was a two-time All-American Spring Board Diver for the RFA Swimming and Diving Team.  He then went on to receive his bachelor’s degree in astrophysics and master’s degree in education from Colgate University.

In 1971, Mike was married to Carol Jones and together they raised three children (Kathy, Michael, and Daniel).  On July 13, 1991, Mike was united in marriage to Marie-France Baynes Wood and welcomed her two daughters, Wendy and Kim, into his family.

Mike began his teaching career in Binghamton, NY, before returning home to teach physics at Rome Free Academy for more than thirty years, retiring in 2000.  He also taught in Germany for several years where he enjoyed traveling and learning how to schuhplattler.  He was the Rome Teacher’s Association Union President for several years.

Mike enjoyed coaching RFA Swimming and Diving for many years.  He received the honor of being inducted into the Rome Sports Hall of Fame in 2012.

A true German at heart, his favorite pastime was spending time at his beloved cottage at Kasoag Lake in Altmar, NY.

A Memorial Mass will be held on Thursday, July 7, 2022, at 11:00 AM at St. Peter’s Church where the Rev. Bernard Maynard will officiate. Interment will take place in St. Peter’s Cemetery.  Family and friends are invited and may call prior to the service on Thursday from 10:00 AM to 11:00 AM at St. Peter’s Church.  In lieu of flowers, memorial contributions may be made in Mike’s memory to the Kasoag Lake Assn., PO Box 346, Altmar, NY, 13302-0346.  Arrangements have been entrusted to the Nunn and Harper Funeral Home, Inc., 418 N. George St., Rome. You may light a candle, send a message of sympathy, and read the obituary at www.nunnandharper.com.