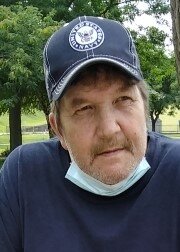 Please share a memory of Paul to include in a keepsake book for family and friends.
View Tribute Book

Paul W. Clark, Jr., 61, of Rome, passed away on Monday, August 8, 2022 at Glens Falls Hospital. Born in Rome on January 17, 1961, he was a son of the late Paul W. and Eleanora (Valencourt) Clark. He was a graduate of Rome Free Academy and served in the United States Navy.

Paul worked for many years at Bonide Products in Oriskany.

He is survived by his girlfriend, Mary Ann Chargo; a sister, Joette Criscio; a brother, Brian Clark; and several nieces and nephews. He was predeceased by a sister, Margaret Clark.

Look inside to read what others have shared
Family and friends are coming together online to create a special keepsake. Every memory left on the online obituary will be automatically included in this book.
View Tribute Book
Share Your Memory of
Paul
Upload Your Memory View All Memories
Be the first to upload a memory!
Share A Memory
Send Flowers
Plant a Tree