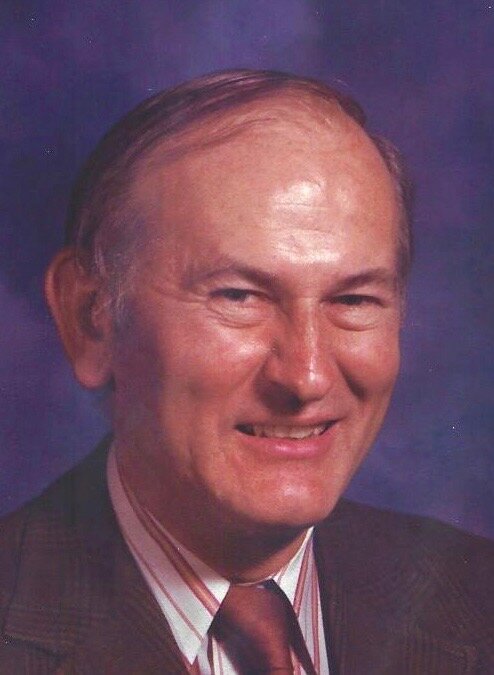 Please share a memory of Michael to include in a keepsake book for family and friends.
View Tribute Book

Michael W. Hayduk passed away peacefully at St. Luke’s Hospital on September 1, 2022 after a brief illness with his loving family by his side.

Mike was born on July 3, 1931 in Dunmore, PA the son of Michael and Mary Tokarsky Hayduk. In 1936 the family left the coal mines of PA to move to Lowell, NY where they purchased a dairy farm. Growing up on ‘The Farm’ Mike learned the value of hard work at a very early age, a trait which remained with him throughout his life. He attended a one room school house in Lowell for grades one through six. Mike then moved on to Westmoreland Central School graduating in 1949 and remained a ‘Bulldog’ for life. Mike graduated with a Bachelor’s degree in history in 1953 from Utica College of Syracuse University at its original campus at Oneida Square in Utica, NY. He went on to receive a Master’s degree in education in 1954 from Syracuse University and then joined the Madison Central School District as a social studies teacher. Mike spent 35 years at Madison serving in numerous positions including high school vice principal, high school principal, director of transportation and assistant superintendent. He retired in 1989 but continued to assist the district for several years with bus driver safety training. Mike cherished the lifelong friendships that he developed with his colleagues at Madison.

Mike served in the US Army from July 1955 to July 1957 working as a psychiatric medical social worker in Fort Ord, CA. Later in life, Mike continued to serve the US military as a member and chair of Draft Board #50 from 1968 until its deactivation in 1973. He was then appointed by the Selective Service to serve on the ‘stand-by’ Draft Board #51 from 1982-1993.

Mike was united in marriage to the love of his life Helen Skowron on August 16, 1958 at Transfiguration Church in Rome, NY after having been introduced at a St. Michael’s Ukrainian Church picnic held at the Hayduk family farm. They just celebrated their 64th wedding anniversary. Their marriage was a model for life-long love and devotion to each other. They loved to travel in their retirement years journeying to places all across the globe including Alaska, Aruba, Hawaii, the Caribbean and Western Canada.

Mike loved his profession and was well known for all his community activities. He was appointed to the Rome City Hospital Board of Managers in 1989 and was the last President of the Board overseeing its transition from a city-owned to a privately-owned hospital. He was extremely proud of this accomplishment and the teamwork involved as he desperately wanted Rome to maintain this vital service. He then became the first Chairman of the Rome Memorial Hospital Board of Trustees serving on the board until 2003. Mike was President of the Rome Polish Home for 23 years. During his time as president, the club membership grew immensely to over 1800 members. He was known for ‘always being there’ but he often said that the success of the Polish Home was primarily due to its numerous volunteers who also put in long hours. Mike was a devoted member of St. Michael’s Church in Rome and served as a trustee from 1990 to 2015 taking over the position from his father who was a founding member of the church. He was very active in the NY State Retired Teachers Association holding numerous leadership positions. Mike strongly believed in the value of catholic schools and also served at one time as President of the Rome Catholic School Board. Mike was a board member of the Westmoreland Central School Alumni Association assisting with the organization of numerous school-wide reunions. He was an active Fourth Degree member of the Rome Knights of Columbus Council 391 and would often be found volunteering at its charitable events. He was a life member of the Stanwix Veterans & Men’s Club, the American Ukrainian Veterans & Men’s Club, the Frank J. Steczko Post of Polish American Veterans, and the NY State Retired Educators Association. Mike also fondly assisted Helen with her duties in the National Active and Retired Federal Employees Association (NARFE) as the publicity chair and chaplain from 2002-2020.

Mike’s love and dedication to his family was unmatched. He assisted his parents and later his two brothers with the operation of the family dairy farm including its transition to raising heifers. Mike and Helen could always be found attending their grandchildren’s activities and sporting events. It is hard to think of an event they missed. He was especially happy that later in his life he was still well enough to see his grandson Michael coach the Clinton boys varsity basketball team.

Mike’s family extends their heartfelt gratitude to Dr. Brian Alessi, the 6th floor nursing staff at St. Luke’s Hospital, the staff at Wing 3 of the Grand Rehabilitation & Nursing facility in Rome and the medical staff at Rome Health. The family would also like to thank Cindy, Mike, Jen, Mary Ann, Morgan, Linda, Heidi, and Emileigh for their compassionate care of Mike. Your kindness will never be forgotten.

Funeral services will be held on Thursday, September 8th, at 11:00 a.m. at St. Volodymyr the Great Ukrainian Catholic Church, 4 Cottage Place, Utica, NY 13502. Interment will take place in St. Mary’s Cemetery in Rome. Family and friends are invited to call at Nunn and Harper Funeral Home, Inc., 418 N. George St., Rome NY 13440, on Wednesday, September 7th from 4-7:00 p.m. , with prayers by Fr. Bundz at 6:45 p.m. In lieu of flowers donations may be made to St. Volodymyr Ukrainian Catholic Church, Utica, NY and the Knights of Columbus Council #391, Rome, NY.

You may view the obituary and send a message of sympathy at www.nunnandharper.com