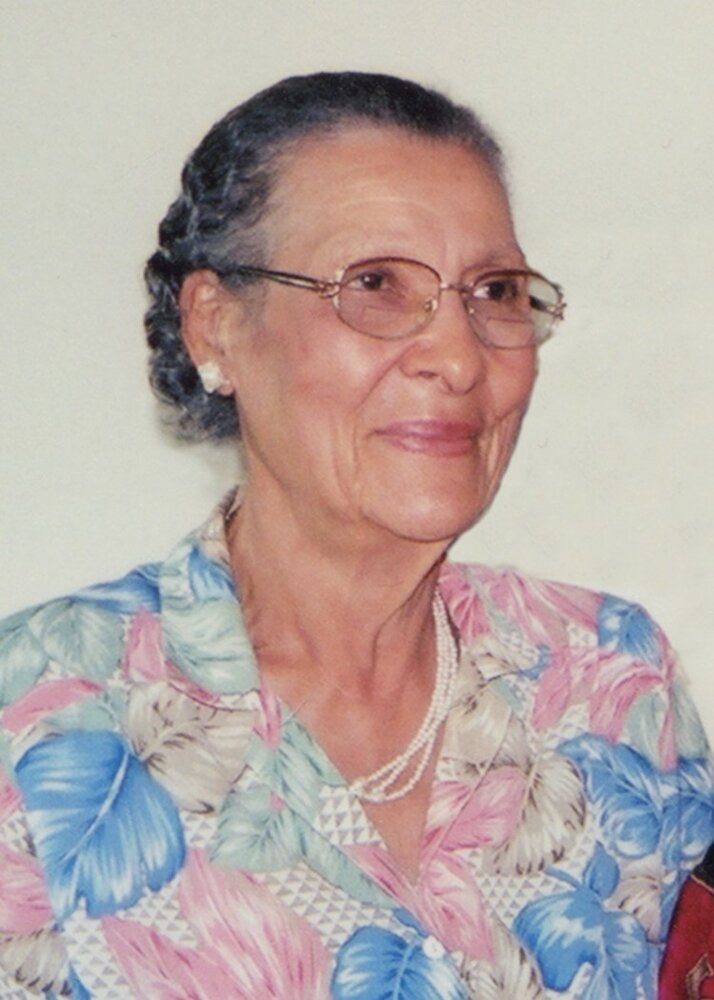 Please share a memory of Olga to include in a keepsake book for family and friends.
View Tribute Book

Our matriarch has gone home to be with the Lord! She was a daughter, sister, aunt, wife, mother, grandmother, great-grandmother, friend, and child of God. Olga Casselis Norman Bennett, 99, was born in Leinster, Saint Mary, Jamaica, West Indies to Sydney Norman and Anne Stephens Norman on February 12, 1923. She was fondly known among her family as Baby Norman and O.C. She was the fifth child of six. She entered into her rest on November 18, 2022 at St. Luke’s Hospital in New Hartford, New York.

Olga graduated from Jobs Hill School in Leinster, Saint Mary. She began her walk with God as a child at Gospel Hall Church in Leinster. She grew up on a plantation owned by her parents where growing bananas was their main source of income. They also grew a variety of fruits, flowers, and sugar cane. Mom had a beautiful childhood and didn’t want for anything! She always said that God provided everything she needed.

She came to the United States of America on September 18, 1949. She was welcomed by her Aunt Olga in Harlem, New York. She wanted to pursue a career in photography. Our mother loved photography and owned a box camera and was always seen taking pictures as a youth. She also wanted to become a flight attendant; however, Pan Am Airlines said she was too tall.

Olga Norman met Layton Bennett and they wed on June 9, 1951. Olga and Layton had four children Layton Jr., Janet, Edna, and Carol. She had a deep devotion to God and family. The love that radiated from her was pure and constant.  Our home always welcomed family members coming to America to further their education or for employment opportunities.

Mom became a faithful member of the Elmendorf Reformed Church in Harlem, New York in 1960. She was a soprano in the choir and on the social committee. Wherever needed, she served diligently in support of her church, her fellow church members, and the ministry. She was always available to help. She was a child of God working her way to his light and taking others along with her to meet the Lord.

Olga worked as a teacher’s assistant for the New York City Board of Education for over 35 years in Manhattan. She affected many lives of students and teachers alike.

Mom was a trailblazer, adventurer and world traveler. She traveled extensively with her children in the 60s by train to family in Michigan and Canada. She traveled with her sisters up and throughout Canada. In the 70’s and beyond when my sister Edna would call her to take a trip, my mother would want to know whether she needed to pack a bag for a cold or hot destination. She was always ready to go to someplace new. Mom took her grandchildren on trips throughout the country and Caribbean. She traveled with her church sisters and friends throughout America and aboard.

She loved to cook and make people happy. Her fried chicken and rice and peas were always requested by everyone. On most Saturdays in our younger days while living in Spanish Harlem we would all go bicycle riding along the East River and sometimes stop in the park where Mom also taught us how to play tennis. Later in her life she would kick the soccer ball with the grandkids. Mom was an avid golf fan and always had a Word Search book in her lap.

Mom was a community activist. She was there at the March on Washington, DC where Rev. Dr. Martin Luther King Jr. gave his I Have a Dream speech. She served on many Parent Teacher Associations, Claremont Village youth programs, volunteered with breakfast programs, and was a member of the Tenant Association serving as a Floor Captain. She was always helping others whether it was watching the neighbor’s child for them until they got home from work or stopping by an elderly neighbor’s door on her way to the grocery store to see if there was anything they needed. Mom was loving and tender with a “thousand” sons and daughters. She always accepted people for who they were.

The simplest feature of death, which is always startling, is absence. Mom will be sorely missed and will always be remembered as a loving caring mother. May she rest in peace forever with Christ.