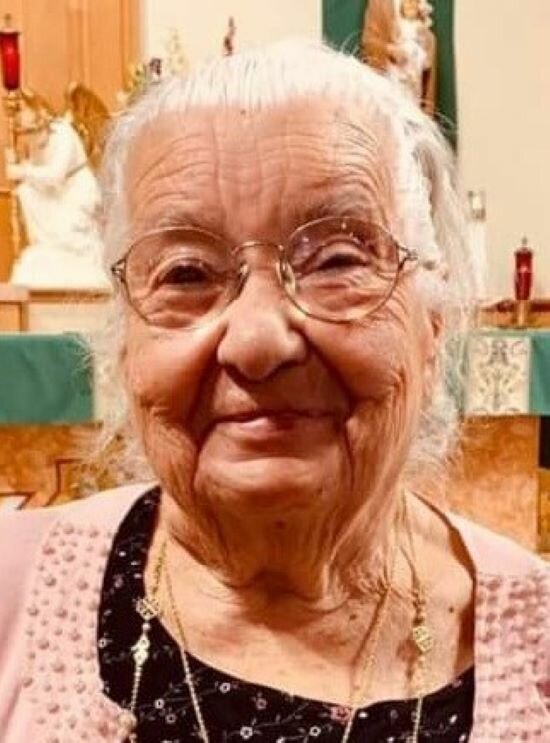 Please share a memory of Concetta to include in a keepsake book for family and friends.
View Tribute Book

Concetta Rose Griffo, 90, was called home to be with her beloved husband, the late Gregory Griffo Sr., and her loving sister, the late Raffaela Mellace, on the morning of December 13, 2022 at Rome Health after a brief illness.

Born on February 29th, 1932 in Squillace, Italy to Anthony and Angela Mungo of Staletti, Concetta was wed to the love her life on February 26th, 1949, Gregory Joseph Griffo Sr., a former member of the US Navy who was stationed in Italy. Concetta eventually immigrated to the United States in 1949 and became a treasured member of the Rome community.

Concetta was as hardworking and devoted as she was selfless. She nurtured her four boys while also working as a seamstress at Luma’s Manufacturing and contributing her culinary expertise to the Plaza Restaurant of Rome. Perhaps rivaled only by her sister, Concetta’s passion for and skill in the kitchen was legendary. Her hospitality and generosity as a hostess was well-known by family and friends alike, and she enjoyed nothing more than the gift of company. When she wasn’t in her kitchen, she would be found enjoying her favorite game shows, such as the Price is Right, and usually outperforming the competition. She was a woman of steadfast faith and a devout member of St. John the Baptist Church. A luminary of family, love, and forgiveness, Concetta charmed her way into the heart of every person she met.

Concetta’s family would like to thank the 2nd and 3rd floor medical staff at Rome Health for their compassion and caring during her final days.

A mass of Christian Burial will be held on Saturday, December 17th at 12:00 p.m. at St. John the Baptist Church. All are welcome to attend.

Look inside to read what others have shared
Family and friends are coming together online to create a special keepsake. Every memory left on the online obituary will be automatically included in this book.
View Tribute Book
Share Your Memory of
Concetta
Upload Your Memory View All Memories
Be the first to upload a memory!
Share A Memory
Send Flowers
Plant a Tree