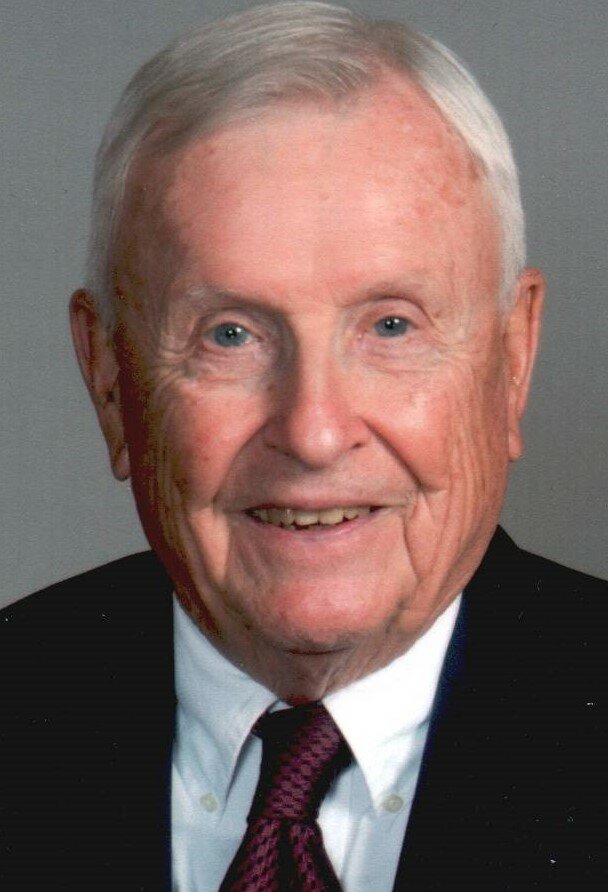 John Francis Waters, 95, passed away peacefully on January 11, 2023 with his family by his side.

Jack was born on September 12, 1927 in Rome, NY the oldest son of Clinton John Waters and Mary Burns Waters.  Jack grew up in Rome and attended Rome schools, graduating from St. Aloysius Academy (SAA) in 1944 at the age of sixteen.  Upon graduation Jack attended Clarkson University for one year before enlisting in the United States Army.  Jack served in the occupation of Japan from 1946-1947 in Battery B, 13th Field Artillery Battalion, 24th Infantry Division earning the World War II Victory Medal and Army of Occupation Japan Medal.  After receiving an honorable discharge from the Army he returned to Clarkson University and graduated with honor with a Bachelor of Business Administration degree in 1950.  Upon graduation he was employed by General Electric Co., Utica, NY serving as an accounting department manager.  In addition Jack was an instructor for the General Electric Financial Executive Track Financial Management Program for many years.  Jack retired from General Electric in 1987.

Jack was a quiet, kind, and gracious man who truly lived his Catholic faith.  He was a communicant and founding member of St. Paul’s Church, Rome, NY where he served on the Parish Council Finance Committee and was a weekly usher.

For several years he enjoyed spending winters in Florida, both in Naples and Niceville.

He is preceded in death by a son, David Paul Waters, and two brothers, Donald James Waters and Robert Edward Waters.

You may view the obituary and post a message of sympathy at www.nunnandharper.com.