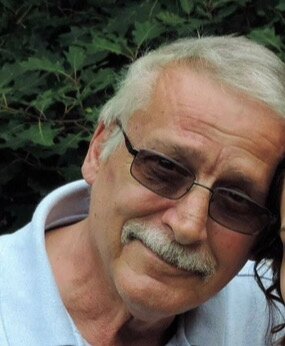 Please share a memory of James to include in a keepsake book for family and friends.
View Tribute Book

James R. “Jim” LeBeau, 75, of Holland Patent, NY, passed away peacefully at home with his loving family by his side. He was born in Clinton, NY, on July 17, 1947, a son of the late Maynard and Myrtle (Carpenter) LeBeau. He was a graduate of Clinton High School and enlisted in the United States Army on July 20, 1964. He served as a mechanic until being Honorably Discharged on June 19, 1967. On April 8, 1995, he was united in marriage to Cathy LeFebvre.

Jim worked at Birnie Bus Co. for many years before retiring. He was a life member of the VFW Post #982 in Remsen and loved to work on classic cars and follow the Barret Jackson Auctions.

Private services will be held at the convenience of the family. There are no calling hours. Have a beer in his honor.

A Memorial Tree was planted for James
We are deeply sorry for your loss ~ the staff at Nunn and Harper Funeral Home, Inc.
Join in honoring their life - plant a memorial tree
Print
Online Memory & Photo Sharing Event
Online Event
About this Event